Over the summer the neighbourhood forum run a local poetry competition, calling on local creative talents to write something about Brockley and/or the local area. It was great to see a number of entries on memories, perceptions and events about the area and shows just how much our neighbourhood’s can impact our memories of place.

The winner of the inaugural competition was Jake Kirner’s excellent ‘Brockley Cemetery’. This poem did a fantastic job of celebrating and evoking the tranquillity, emotion and deep-rooted personal feeling that anyone who has ever visited Brockley Cemetery will understand. Jake wins a £50 pound voucher for the newly opened Jones of Brockley. Runner up was William Hatchett’s evocative ‘The Gypsy King Of Forest Hill’. We loved the way it skilfully and playfully celebrated a local character and local community mythology. William has since told us he actually wrote it as a song! William wins a £20 Jones of Brockley voucher. Both poems can be found below.

We thank everyone who entered and big thank you to all those who supported, particularly to Crofton Park Library, Jones of Brockley and Niall Bourke, a resident teacher, poetry enthusiast and judge as well as the  neighbourhood forum who sponsored the event.

‘My dear’, little more than jovial;

the Luvvies’ favourite point of address.

Therefore, for now, your name will stand alone

above the letter I’m about to write,

for, at this point in casual proceedings,

I mean not to indulge in artifice.

Cara, I hope this letter finds you well

(an awful lot can change within a week)

I trust your newest home awards you much

a sense of independence and relief.

Whilst some enjoy the sight of their possessions

an imprint from their years of acquisitions,

I wish only to know I needn’t move.

For movement between two destinations

requires one to discipline the mind

and count each penny, measure every hour;

The latter I particularly deplore.

They call it ‘Chronos’ – dividing each hour

as if it were no different to the last,

a logic to which we all too often cower.

And even in those favourable places,

the parks, cafes, the bookshops and museums,

the various constraints upon my being.

But one place, too infrequently I visit,

provides me with a greater peace of mind,

perhaps because it deals only in death

and thus transcends the tyranny of time

Walking through the cemetery, I have

often found a lightness from inquisition,

the passions of mankind, in their absence,

such as how little poetry would matter

if life was ever servant to the truth

and how many a dear, hopeless endeavour

is best the means by which we can improve

upon our flawed but far from pointless

seeking something describable as peace

within a mind – by want and conflict – ever cursed.

And so, my dear neighbour and newest friend,

I wish to extend to you the mere gift

of an afternoon amidst the grass and flowers,

the gravestones and all else that has come to live

along the paths of Brockley Cemetery

where it would be my great pleasure to share

with you the serenity of the scene

whilst taking in the cleansing autumn air.

I leave enclosed my number and address.

A knock upon my door, always a pleasure

who’s offering of time is their sole endeavour.

The Gypsy King of Forest Hill by William Hatchett

His face is white, he’s too fat now
He sees the spaces in the crowd

Once when he was dark and thin

When he played his violin

Girls gathered round at every show

The Devil sat behind his bow

In his dead face, his eyes are bright

They see the corners of the night

The good times he remembers still

He filled the room with every trill

Now he sleeps through every day

And hopes his magic touch will stay

There was lustre in his gold

Before the nights grew sad and cold

You would say his songs are hot

Even if his band are not

Though he’s old he still has skill

He’d murder you if looks could kill

His face is white, he’s too fat now

He sees the spaces in the crowd 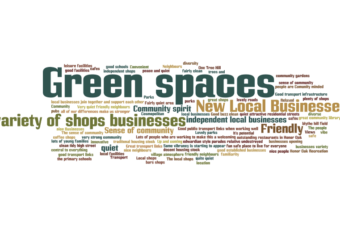 Key Issues Survey In December 2014 we launched the “key issues survey” to find out... Read More 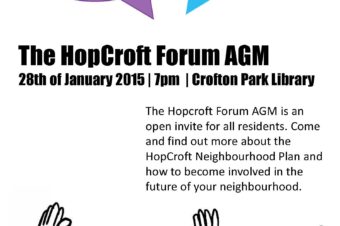 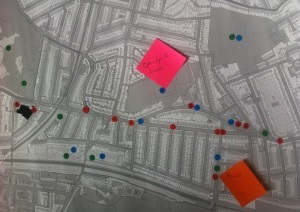 Ideas Map At Crofton Park Library We want to hear your views about your Neighbourhood.... Read More 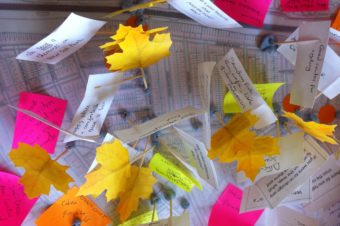 May 29 2015Neighbourhood Info HubAs part of the Brockley Max festival we launched an interactive... Read More 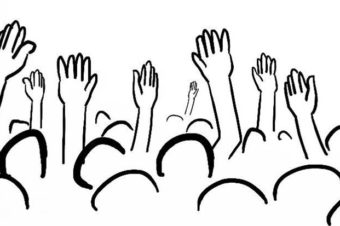 An extraordinary Forum AGM was held on 29 July 2015 to appoint a steering committee... Read More

Click on the sound file to listen to the recordings. On the 11th April 2015... Read More